Noida International Airport at Jewar, Uttar Pradesh is being developed by Flughafen Zürich AG (Zurich Airport) south of Greater Noida with a 4 phase master plan to handle 60 million passengers per annum in the future. The project’s final phase envisions 2 runways and 4 terminals – making it the largest airport in India.

Phase 2 envision a mirror development of Phase 1, with a new Terminal 2, new runway and parallel taxiway. 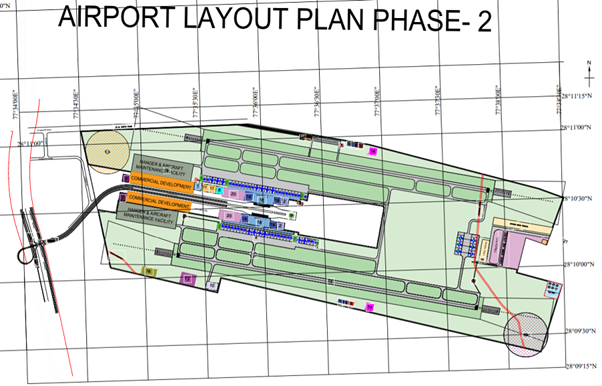 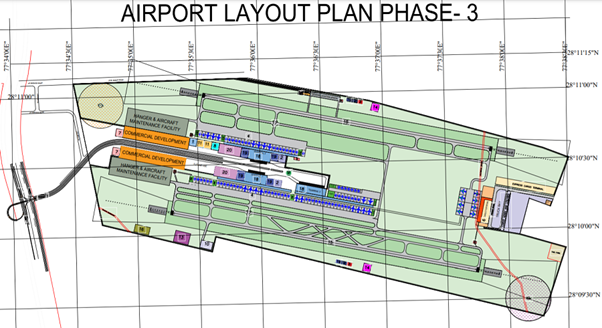 The airport’s final phase envisions a new Terminal 4 with an area of 1,60,000 Sqm, expansion of cargo terminal to 1,50,000 Sqm, apron expanion for 25 additional bays, 3 rapid exit taxiways in the northern runway and a 2nd parallel taxiway conforming to Code F CAT III operations 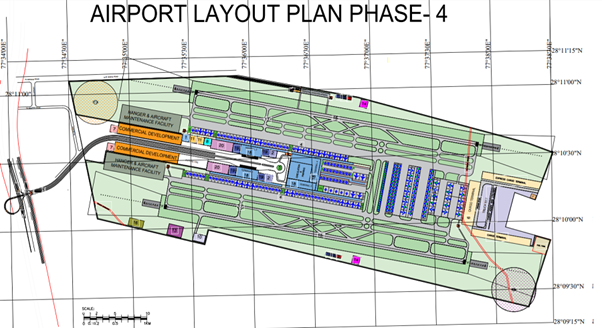 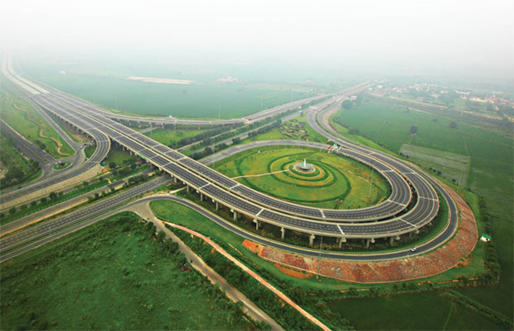 It is presently India’s 3rd longest expressway. It was built to de-congest the older Delhi–Agra national highway (NH-2) or Mathura Road.

Yamuna Expressway will be connected with Eastern Peripheral Expressway via an interchange which is being built at Jaganpur Afzalpur village near Noida International University in Gautam Buddh Nagar. It was conceived with the idea of reducing the travel time between Delhi, NCR and Agra.

The proposed UP Film City site is only 6 km away from the upcoming Jewar Airport.

Land use: 780 Acres for industrial purposes and 220 acres for commercial purposes

The production of movies from this location may start in 2024. 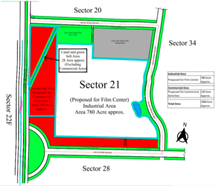 Corridor will be developed in two phases: 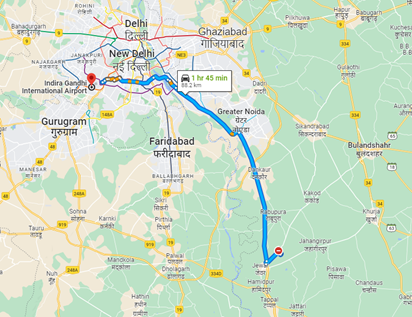 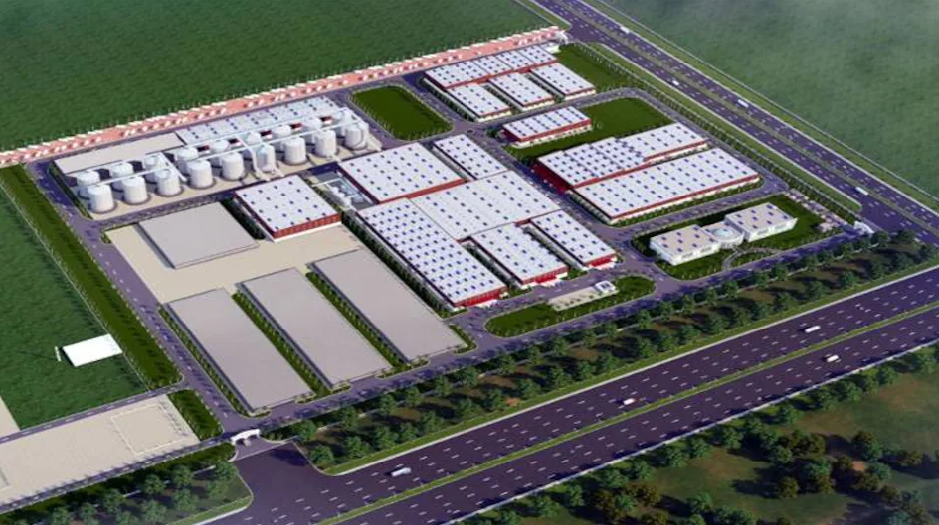 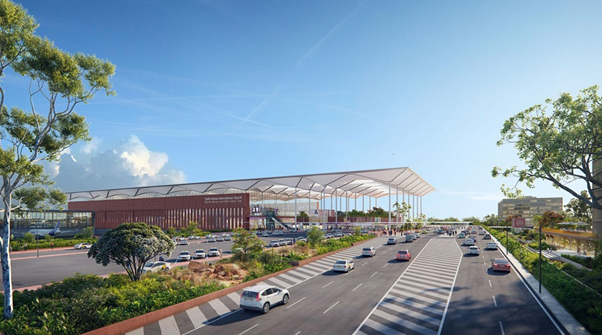 An ultra-modern sports zone and village to host Olympic Games and other international events are set to be developed on over 1,200 acres along the Yamuna expressway.

The sports park will be spread over 950 acres while the village, which will be developed along the lines of the Commonwealth Games (CWG) village sports complex in Delhi, will be built on 250 acres and have facilities like players’ living quarters and practice areas among others.

It will be connected with the Delhi-Mumbai Expressway too. It will also be linked with metro and pod taxi facilities to make the sports hub to international standards. 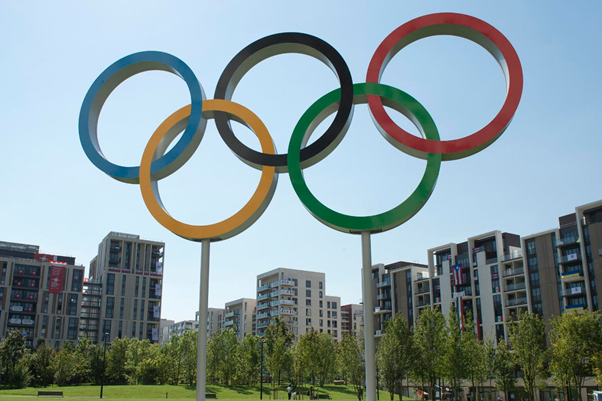 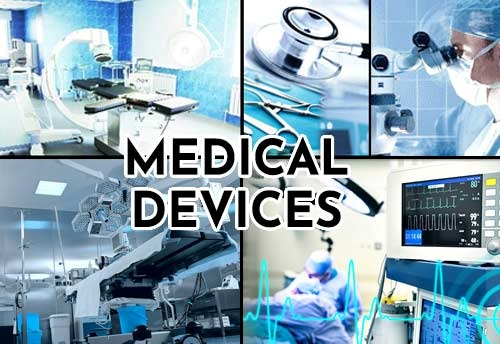 A medical device park would come up in an area of 350 acres along the Yamuna Expressway and just 3.5 km away from the upcoming Noida International Airport at Jewar.

The medical device park would focus on the industrial development of CT scans, MRI and ventilators and attract related big companies and manufacturers.

The Defence Corridor would get a total investment of Rs 200 billion. Both the flagship projects are being pushed up with the active cooperation of the Centre.

The government has identified 3000 hectares for the proposed corridor, which would span six districts in its catchment area viz. Aligarh, Agra, Jhansi, Kanpur, Lucknow and Chitrakoot.

This project is also being showcased by UP to global investors as a template for the state industrial development roadmap. 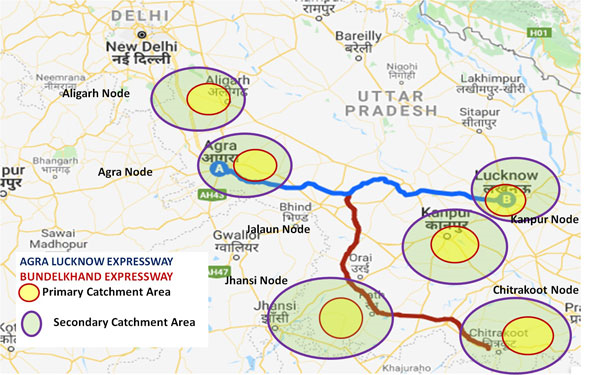 The land has been proposed in the Lodha and Musaipur villages of Kol tehsil for a state-level university to be named after Raja Mahendra Pratap Singh.

In this, the district administration is given 37 acres of land. Apart from this, 10 acres of land will be acquired.

The cost of construction of the university will be more than Rs 100 crore.

The outline of the university is shown in the 3D model of Raja Mahendra Pratap Singh University. In facilities are academic buildings, libraries, common facilities, Hostels, etc. it will be done in about 24917.94 sqm. 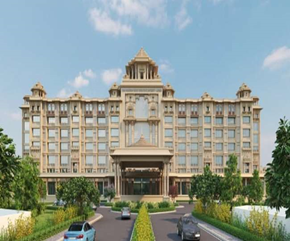